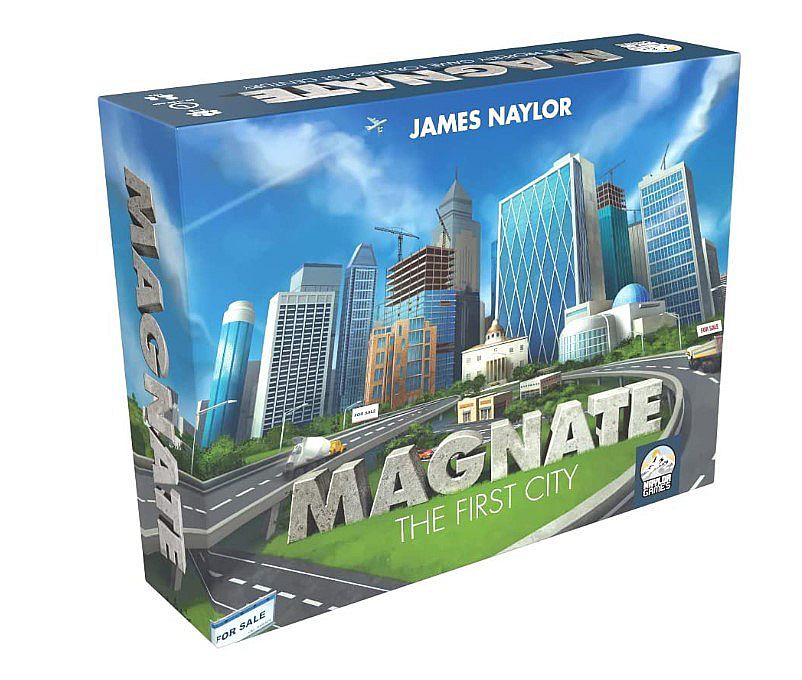 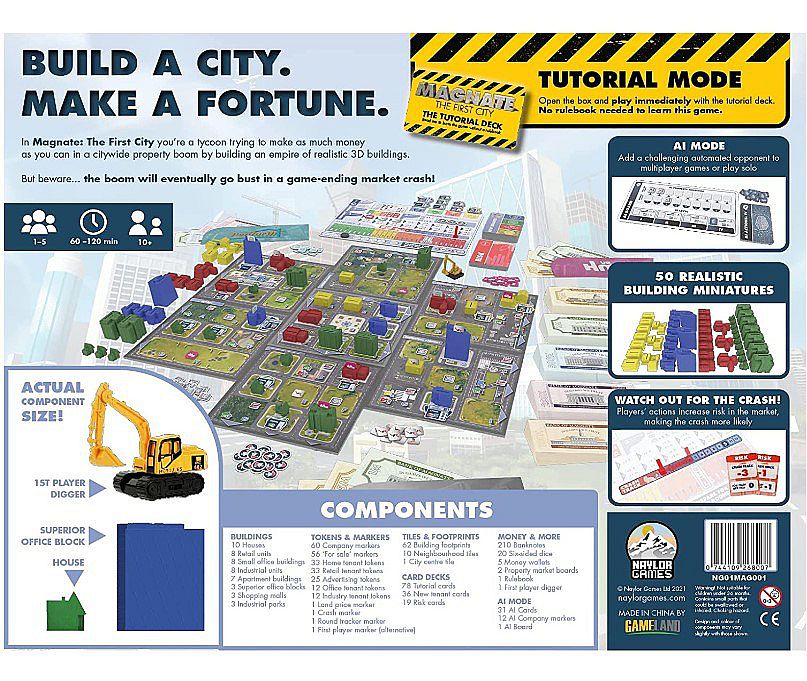 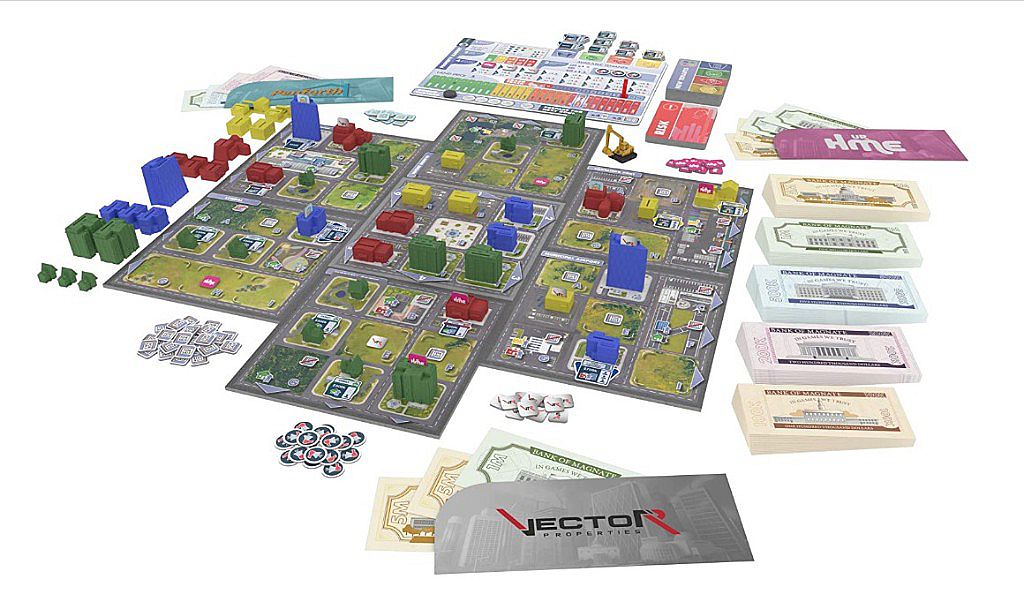 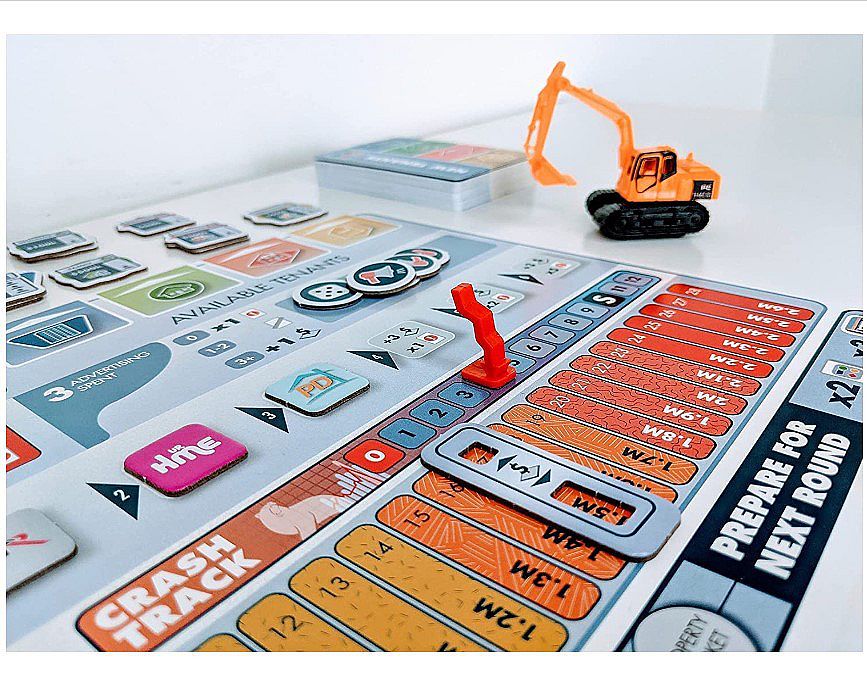 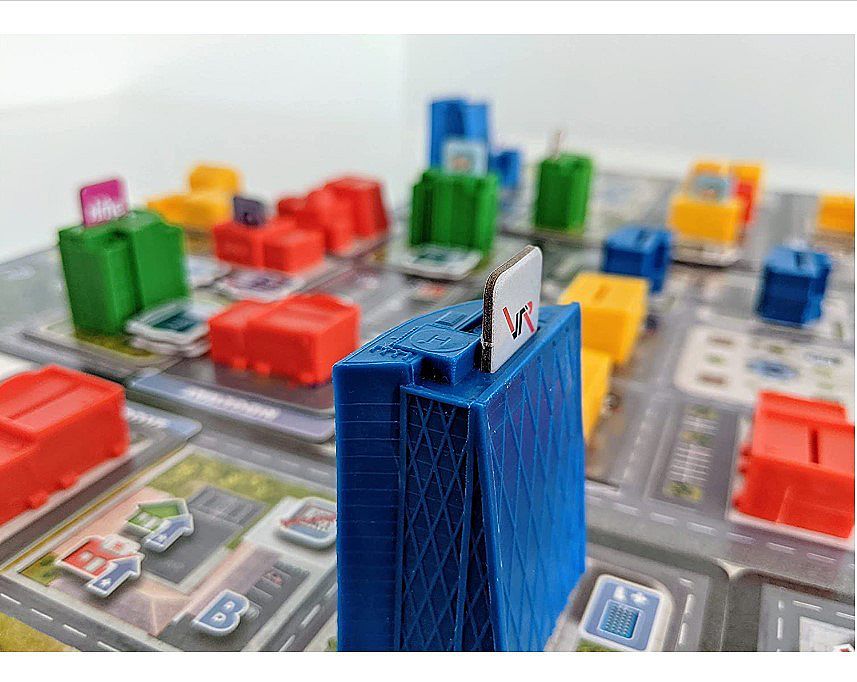 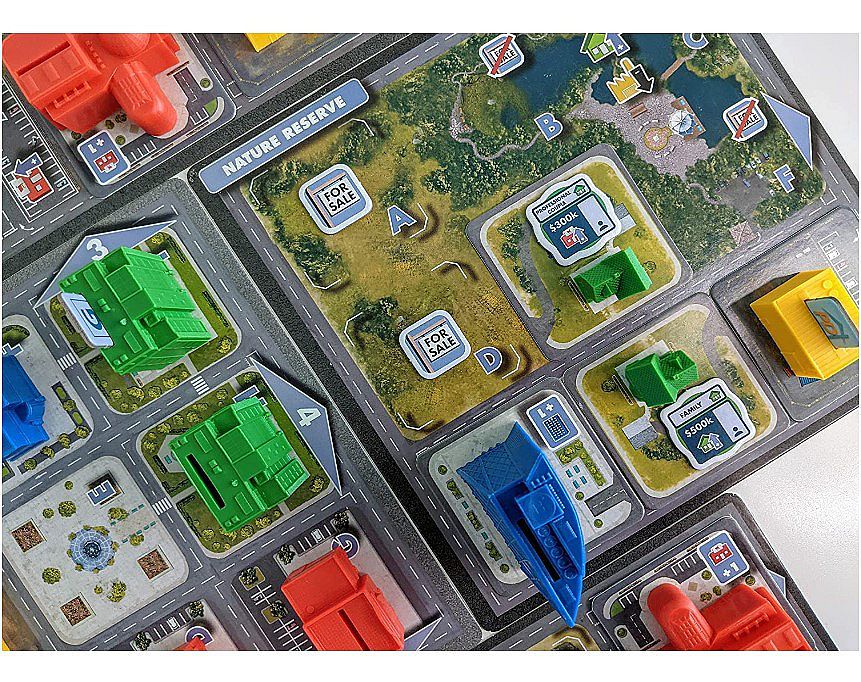 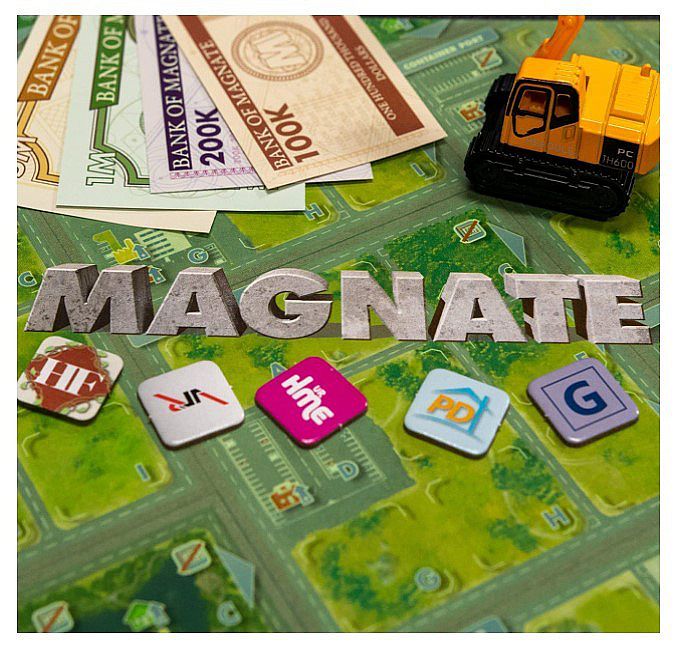 Include Promo CardsMagnate: The First City is a midweight strategy game for 1-5 players. Each turn players try to grow their property empire by performing different actions, including: buying plots of land, constructing buildings, marketing their developments and selling them completely for their capital value. Once per round, they will also get the chance to attract tenants to any empty buildings they have. If they are successful, they will start collecting rent from their tenants and increase the value of their holdings. At the same time, they will also create new development opportunities for themselves and their opponents.But in Magnate, as in real life, not all locations are equally appealing to all types of tenant. Magnate’s four types of tenant - residential, offices, retail and industry - all want to be linked to other types of tenant in nearby neighbourhoods. And they are all affected differently by what’s next door: The airport is an asset for offices, but it’s an unattractive place for new residents. By clever tactical and strategic building, players can increase their odds of attracting these tenants and improve their return on investment - without benefiting their opponents too much.But while the players acquire more and larger properties, the price of land keeps rising higher and higher. Eventually, it becomes completely unsustainable and a game-ending crash that will destroy the value of players’ properties becomes inevitable. When exactly the crash happens, however, is shaped by the players: How much land they buy and how much property they sell will more make a crash on any specific turn more or less likely. Players must time their actions carefully to avoid substantial losses while maximizing their profits. Only then will they emerge victorious as the city’s wealthiest property magnate.