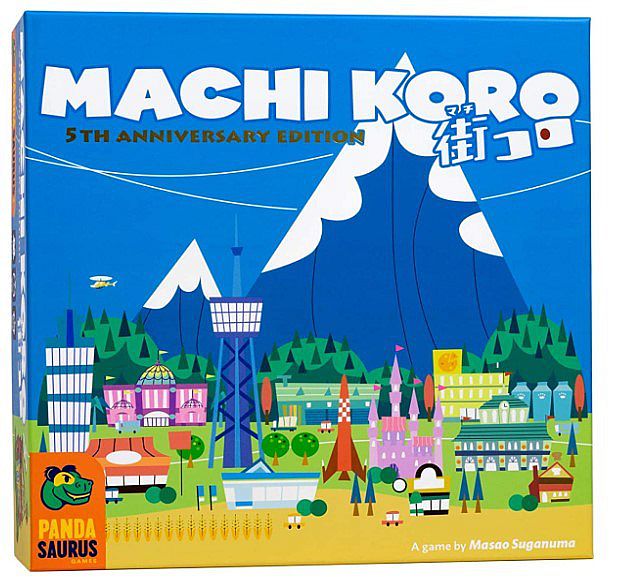 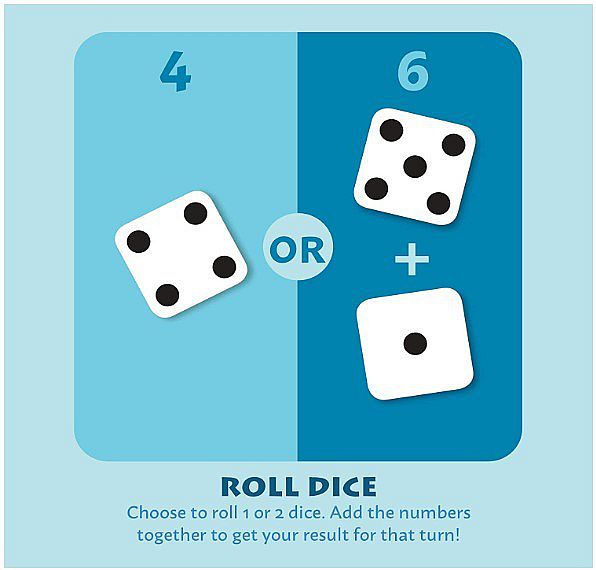 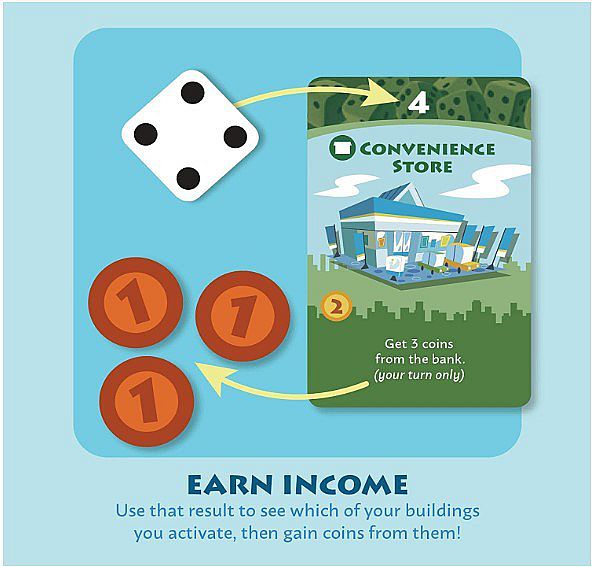 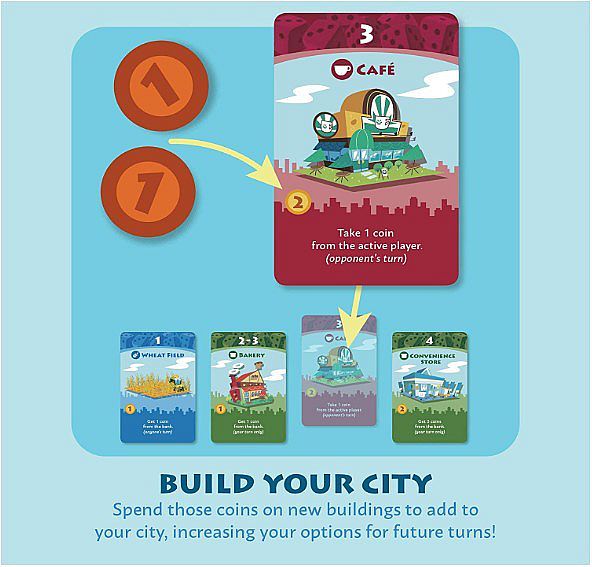 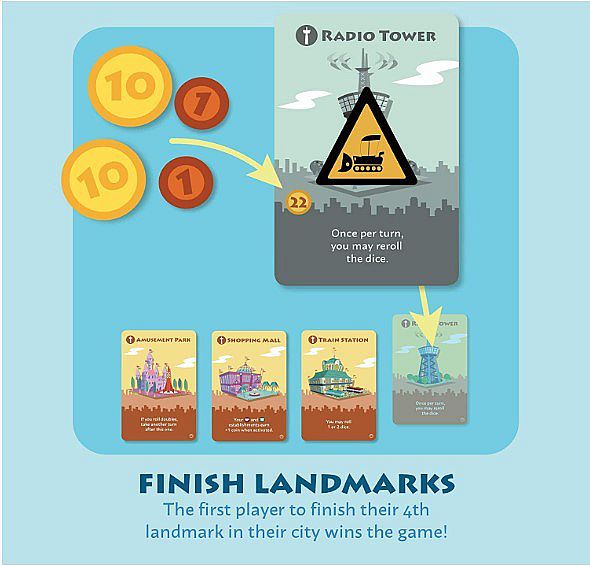 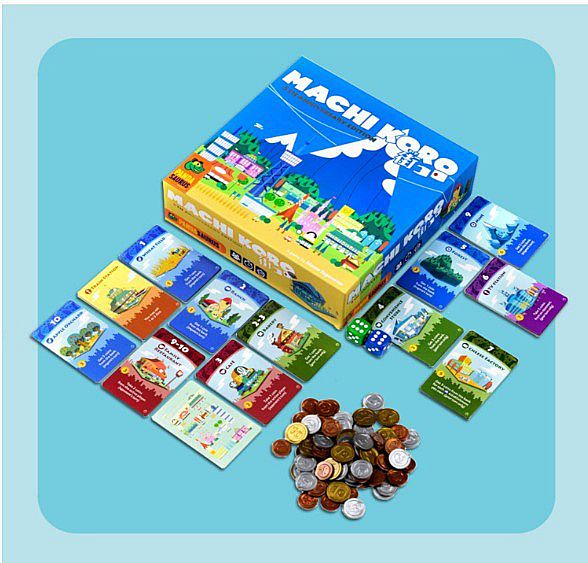 In Machi Koro, players will buy cards that represent various types of establishments that will make up their city. There are four major institutions that we will call "Monument", the first player to have built his four "Monument" instantly wins the game.During the game players build school cards and place them in front of them on the table. Players never have cards in hand.This anniversary version features a cover with a selective golden polish, plastic parts and larger dice.