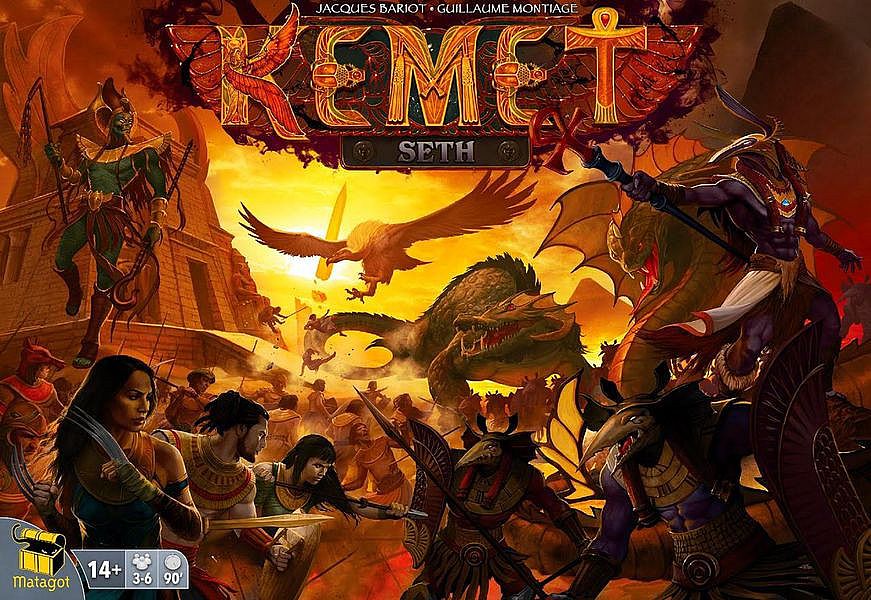 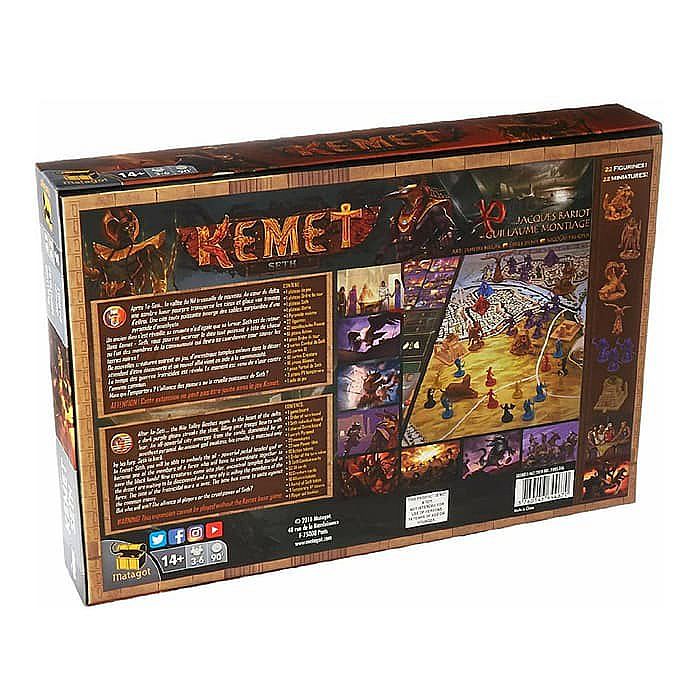 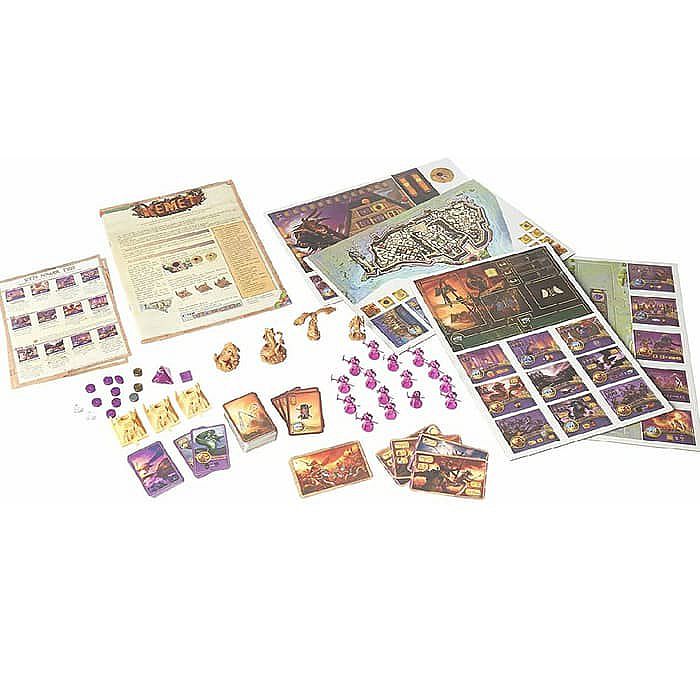 Base Game is Required to Play this ExpansionIn the heart of the delta, a dark purple gleam streaks the skies, filling your troops hearts with fear. An ancient god awakens, his cruelty matched only by his fury.In Kemet: Seth, you can embody the all-powerful jackal-headed god or become one of the members of a force who will have to coordinate together to save the black lands! The time of the fratricidal wars is over. The time has come to unite against the common enemy. But who will win? The alliance of players, or the cruel power of Seth?Kemet: Seth allows you to play the game with up to six players in a "one vs. all" version of Kemet, with the "all"co-operating to stop the invasion of Seth, while also needing to resist their powerful powers of corruption. Seth will benefit from his own power tiles, his own board, his own creatures, and his own Divine Intervention cards. The community will be able to count on the powerful Osiris, temples to build, and new rules allowing them to co-operate better by creating, for example, mixed troops.Kemet: Seth is compatible with the black pyramid, the new tiles, and the new Ta-Seti divine intervention cards. 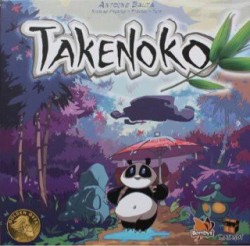 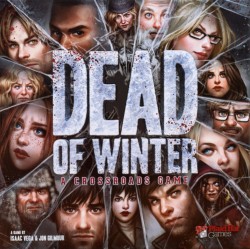 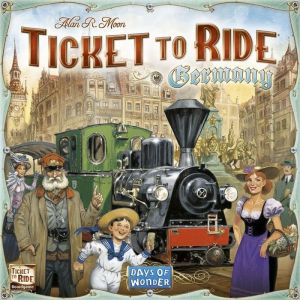 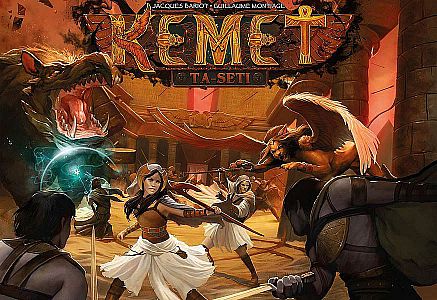