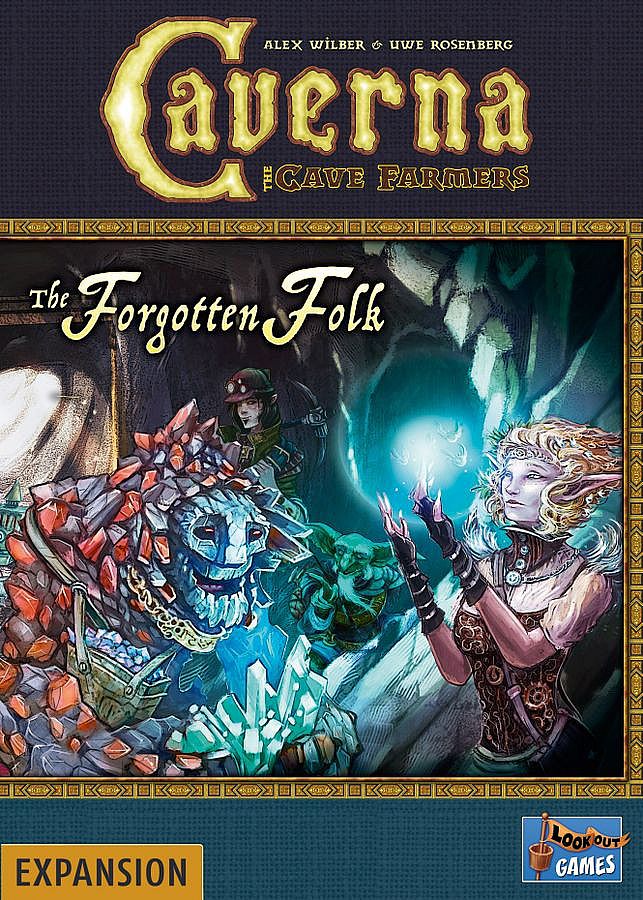 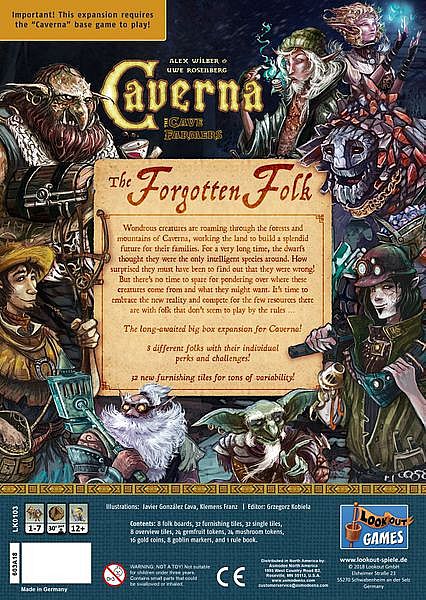 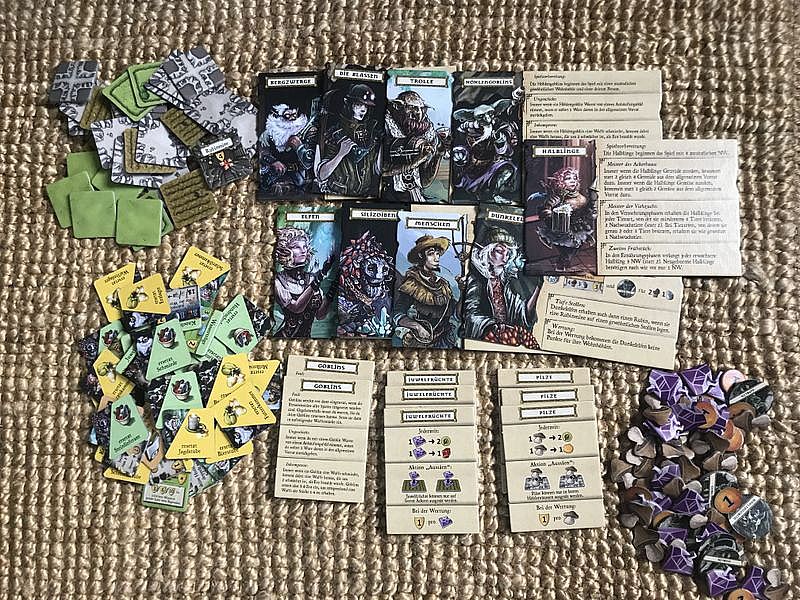 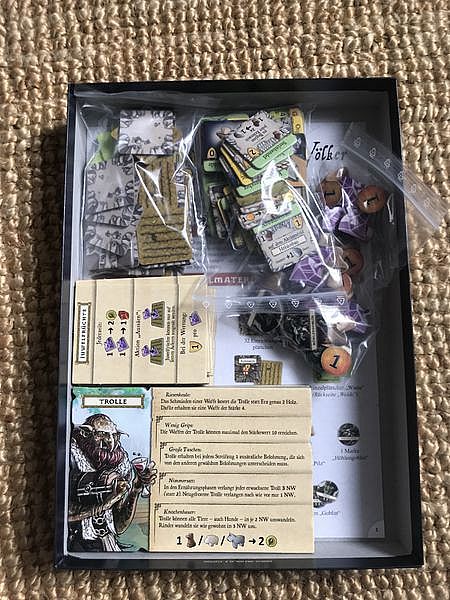 Caverna: The Forgotten Folk — Caverna: Vergessene Völker in German — originated as a fan project on BoardGameGeek, and Caverna publisher Lookout Games has decided to work with the designer to develop this material and release it as an official expansion.Forgotten Folk consists of eight different species or race packs such as elves, dark elves, and trolls, and now each player in Caverna can be one of these species instead of only the dwarves in the base game. Each species has special advantages and disadvantages, and some species introduce new resources into the game. Each species has four unique rooms, and they replace rooms in the base game, which allows other players to gain the powers of these species.AWARDS & HONORS2020 Gra Roku Best Expansion Nominee